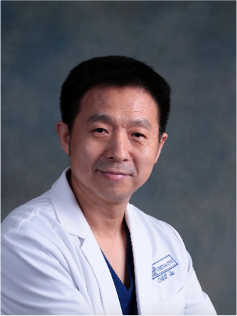 
Skull Base and Brain Tumor Center

Dr. Chen graduated from Capital Medical University and received his medical degree in 1992. He completed his neurosurgical residency and chief residency training at Capital Medical University Xuan Wu Hospital in 1999. He went to Germany in 2001 and received his advanced Minimally Invisive Neurosurgery Training in Department of Neurosurgery of Mainz University for half year under the mentorship of Prof. Axel Perneczky. Dr. Chen specializes in surgery for pituitary tumors, craniopharyngiomas and other skull base tumors. He is particularly known for developing and expanding the field of minimally invasive endonasal endoscopic skull base and pituitary surgery. He received Chinese 5th Award of Endoscopic Medical Tech-Science Outstanding Achievement in 2008. Dr. Chen has performed over 1,100 cases of pituitary tumor surgeries and he is also a pioneer in the use of 3D endoscopy in pituitary surgery in China. His clinical focus is on the surgical treatment and molecular biology of aggressive pituitary tumors, and Dr. Chen and his team are currently investigating the pathogenesis of aggressive pituitary adenomas using whole genome sequencing methods. Dr. Chen hold fellowship courses for endoscopic skull base surgery of different time span. Fellows from China and other countries can work with Dr. Chen in the ward and clinics for 3 to 12 months according to their own plan. They are allowed to observe operations in the ORs. For those fellows who will stay longer than 6 months, they are also encouraged to spend at most 2 weeks in the lab to dissect cadaver heads under Storz endoscope and to learn the advanced endoscopic skull base anatomy.