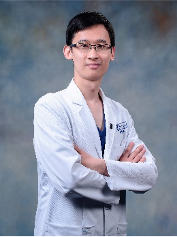 Dr. Sun Peng was born and completed his primary to senior high school studies in in Beijing from 1994.09 to 2006.07. He successfully completed undergraduate to doctoral studies at Peking University Health Science Center (PKUHSC) and Peking University People’s Hospital. He obtained his M.D. from 2006.09 to 2014.07. After graduation Dr. Sun Peng join in China INI in 2014. He completed his resident training and specialty training in trauma, ICU, tumor, spine, vascular, pediatric and functional group from 2014 to 2018. After one year of chief resident, he focused on pediatric neurosurgery. He is working in pediatric group which was also called Di Rocco center of pediatric neurosurgery. He is married and has a daughter.

Pediatric group specialist training of Neurosurgery in Xuanwu Hospital since 2020

2015: Certificate of resident standardized training of Surgery (Neurosurgery) Phase I 2015